I have been using a ruler to quilt the borders on a cute baby quilt and have learned a few things as I quilted along.

I first used the straight edge to quilt lines inside the inner border…. 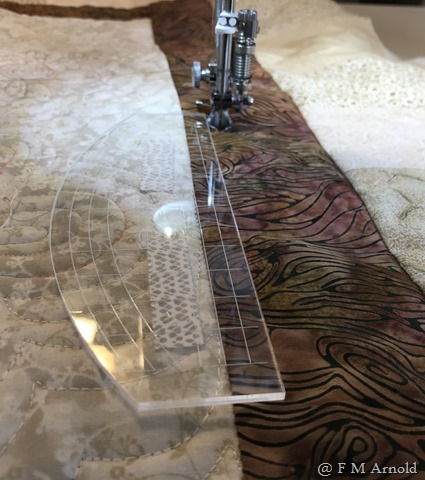 ..a nice ease-into using a ruler. 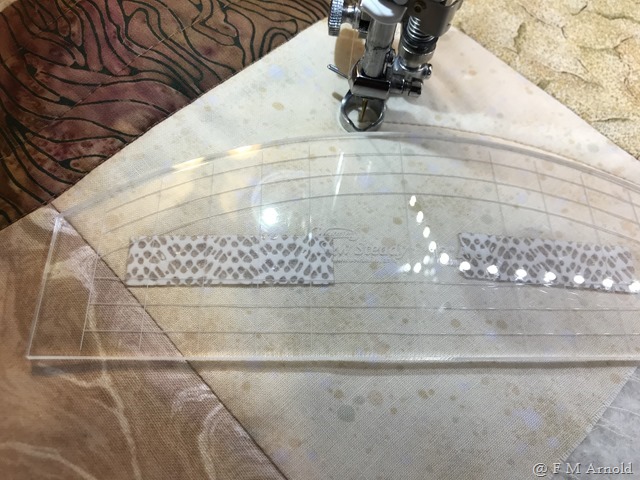 ….and that is where I started having issues.

Firstly, I found that the foot was getting stuck as I crossed seams and, because I was having to force it along, I was making long (toe snag) stitches.  I kept raising the presser foot height but it wasn’t getting any better.

Then, I had a good look at my ruler foot and realized that there is a spring and screw that, amazingly, raise and lower the foot!!!! 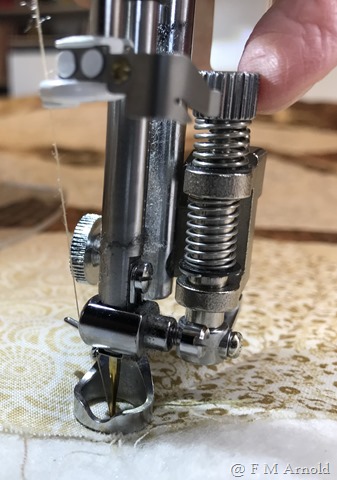 Then a few hours later, I started having trouble with the thread breaking.   I completely unthreaded my machine, cleaned out the lint, including a small piece that was stuck in the bobbin case and started over but it still wouldn’t work for long.

As a last resort, I decided to change the needle and it fixed the problem.  I seldom think about the needle being the issue but obviously it had a burr on the eye that was causing the thread to shred.

Here is the finished border….. 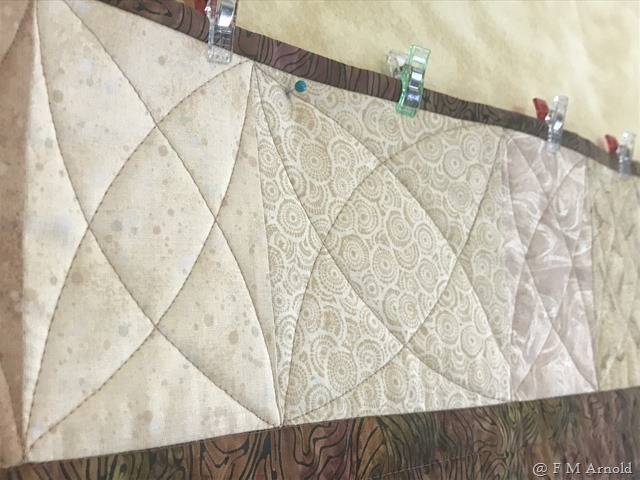 I was able to quilt it without having to make any marks and it adds so much more than my normal 3 squiggly lines down the middle.

This was a simple pattern, using the easiest of the rulers, but I am pleased just to have made a start!!

I am one Happy Quilter!!!

The excitement of receiving quilt blocks in the mail!!!⁣
Follow my blog with Bloglovin