Well it is official…..I have started over on the Henna Quilt!!

After the last post, several people had some great thoughts and ideas.  One friend told me about Schmetz Super Non-Stick Needles, although they have horrible reviews on Amazon.   I had already cut out the center piece to try to salvage at least a part of the quilt so I didn’t have a chance to try them.  I did wash the center cut-out  but found that the spray didn’t wash out at all!!  This makes me VERY happy that I didn’t persevere with the original quilt as it would have been full of yucky spray!!

Another quilter suggested using “Leonis Water Erasable Marking pens”.   They were given high ratings on Amazon so I purchased a package to give them a try.

I found that I had enough of the top and backing fabric to start again, and once the markers and lightbox arrived, I went back to marking the quilt.

I will say that I really like the marking pen.   The tip is firm and stayed that way for the entire time that I was marking. 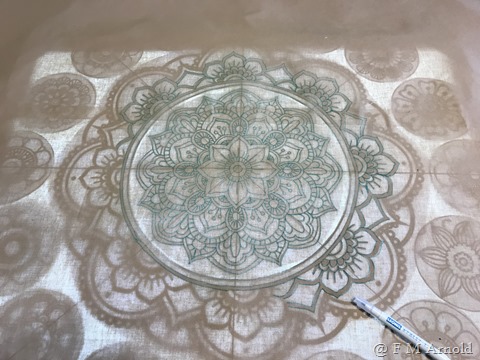 I also like the fine point tip.   The lines seem much clearer than the previous tracing had allowed.

So…..now I wait until I can get back to the tracing and then back to the machine.   I have had a couple of new ideas about how to fill in the areas around the circles so maybe this wait is a good thing.

In the meantime, College football is back in full swing and Michael and I enjoyed our first University of Georgia game yesterday…..  GOOOOOO DAWGS!!! 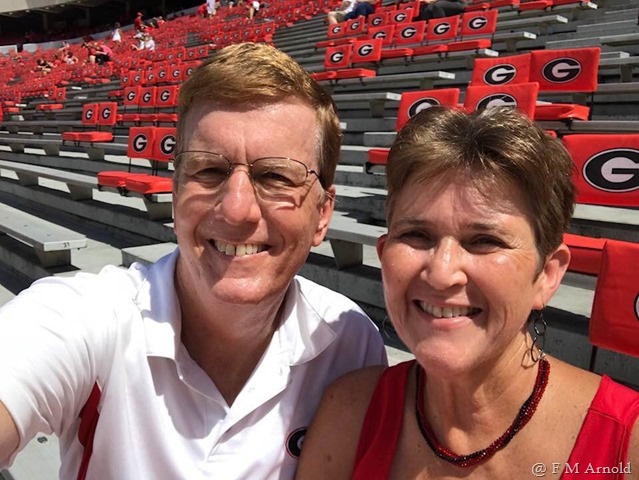 One thought on “Starting over…..”

A church ceiling in Bogota provides wonderful quilting inspiration. Follow the "smart.bio" link in my bio for more about the church and about our sightseeing.#francesaquilts #quiltinspiration
Follow my blog with Bloglovin