Roman Tiles on my Mind

Before I get into the creative process of my newest quilt attempt, you need to hear the story behind the inspiration.  For that, I take you back to September of 2010, when Michael and I had the opportunity to spend a month in Rome.   Here is the story of this inspiration……

The second stop of the day was going to be the Church of San Giovanni in Laterno and the “Scala Santa” (more about this below).     The only problem was that the Holy Stairs closed at noon and it was already 10:50 so I knew that I needed to hurry. I jogged down to the Metro station and hopped onto the train, thinking that the metro station was right across the street from the church.  Unfortunately, this is what I saw when I got up to street level…..

Now, if I had of looked UP I could have seen the top of the Cathedral, but since I didn’t do that, I went back into the underground station and came up on the other side of the street, but still no church!!!  I walked a couple of minutes and then FINALLY looked up and saw the cathedral….

….on the other side of the wall around the city.  So, I hurried thru the portico and up to the cathedral.  I walked inside but couldn’t find the Holy Stairs and finally read in Rick Steve’s book that the stairs were in a building on the side of the church.  I started on the right side, but finally found out that they were on the left side of the church.  I got there about 11:40.

Now about these stairs…..they are called “Scala Santa” and according to tradition, they were brought  to Rome in 326AD  by Saint Helen who was Constantine’s mother.  It was believed to be the stairway from the palace of Pilate in Jerusalem which Jesus was supposed to have traversed several times on the day of his condemnation.  It is comprised of 28 marble steps which have been covered with a walnut wood frame to protect them.  Tradition says that that you can only ascend the stairs on your knees and this is what I wanted to do!!!

I was one of the last to be allowed on the stairs before they closed for lunch.  It was quite painful to climb them on my knees, but was a wonderful, worshipful experience!!!

Now that I had accomplished my goal I returned to the church that I had madly rushed thru, opened the door and saw this…..

I was in quilter’s paradise and proceeded to take 92 photos of the tile patterns on the floor, while two ladies sitting on a bench had a good laugh at me as I dutifully photographed every inch of the sanctuary.

The designs were magnificent……

These tiles have stayed in my mind for 7 years now and I kept trying to figure out a way to piece them.  I decided to do a test and see if I could do it so started with one of the simpler designs….. 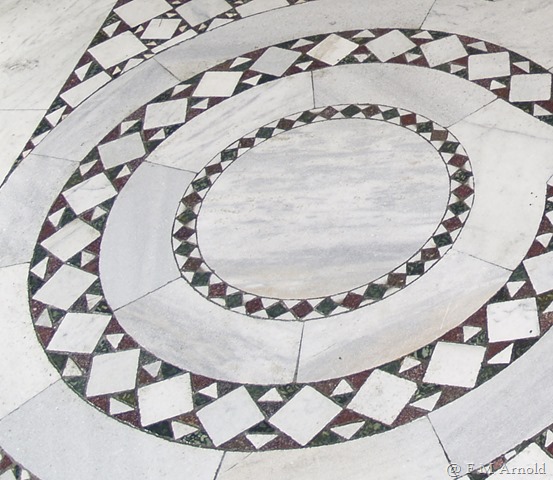 First I needed to draft a good circle and split it into wedges.   I knew that I needed some drafting tools and started looking at various quilting supply sites but then had a thought to check the local hardware store.   There I found the circle drafter and spinning protractor….. 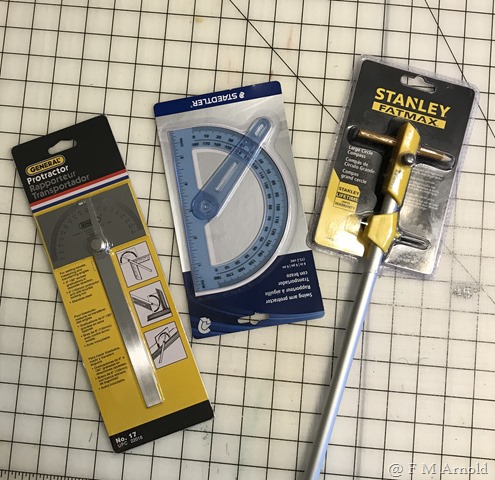 I also needed some heavy, large format paper to use for drafting and was happy to find bulletin board paper (used by teachers).   It was perfect!!!

I started playing with my new tools to draft the circles….. 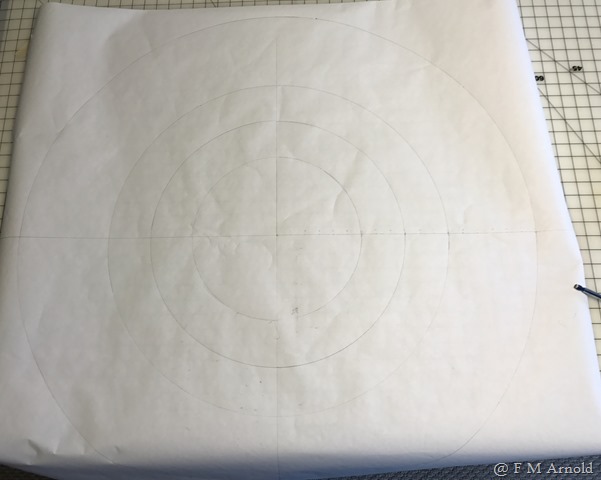 Now let me say that the design of the circle creator is not wonderful and I had to be VERY careful to keep it in place…. 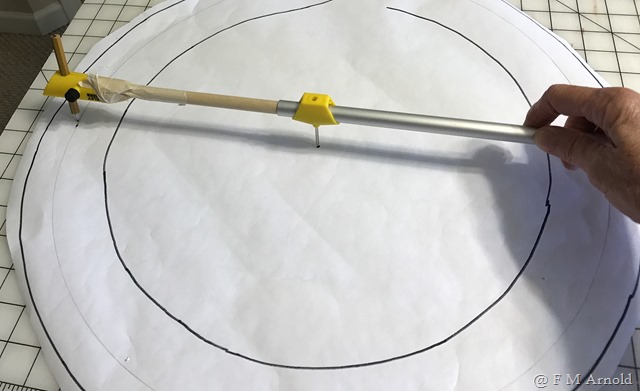 Then came the problem of trying to split it into a series of even wedges.  I tried using the extended arm protractor but couldn’t get the measurements accurate enough but after MANY trial and error attempts I finally had a pattern that would work….. 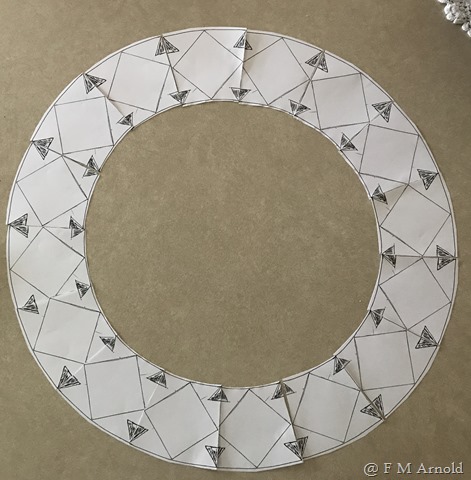 My original thought was to paper piece the design and I made a start….. 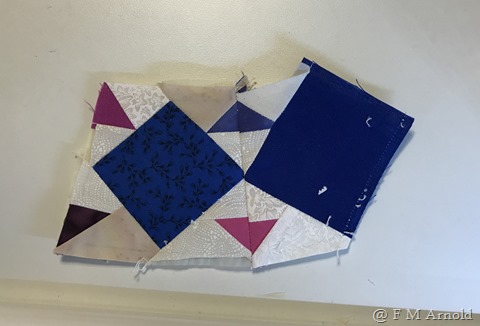 ….only to find out two things…. First of all, I HATE PAPER PIECING (I already knew this but had hoped I could do it anyway), and secondly, I realized that it was going to be almost impossible to keep everything lined up perfectly.

So, I went back to the drafting table and reworked the pattern.   After a BUNCH of attempts, I ended up with this sample…. 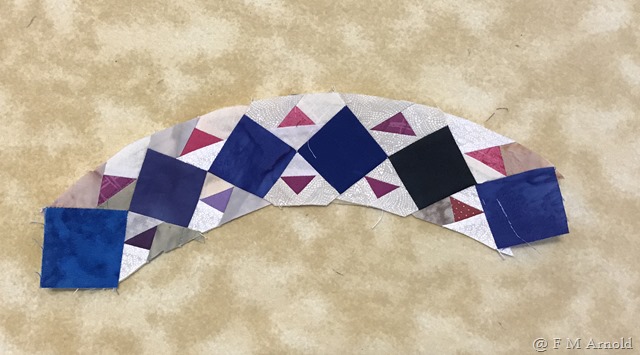 Even though I like how this looks, I knew in my heart that I would NEVER have the patience to paper piece an entire quilt top!!!

So, on to the next idea……and the next blog……

2 thoughts on “Roman Tiles on my Mind”