I have been writing on this post for 3 days so it is finally time to call it done and get it posted!!!!

On Tuesday Michael and I started a new adventure but a little different from our normal ones.

Actually, this adventure started 3-1/2 weeks ago when the movers came in a moved all of our bottom floor furniture into our garages.  Then, 3 weeks ago the builders came in a pulled all of our carpet up and laid new hardwood floors.  This is how we have lived since then….. 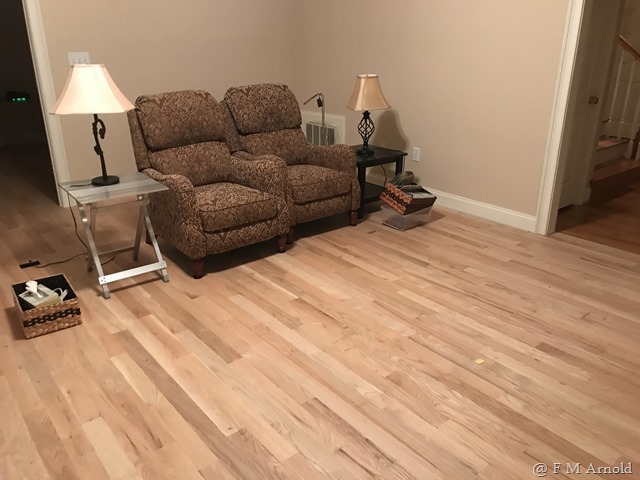 You may notice the small square of yellow paper on the floor.  It is marking a protruding nail that we found and we had become quite used to it being there….. 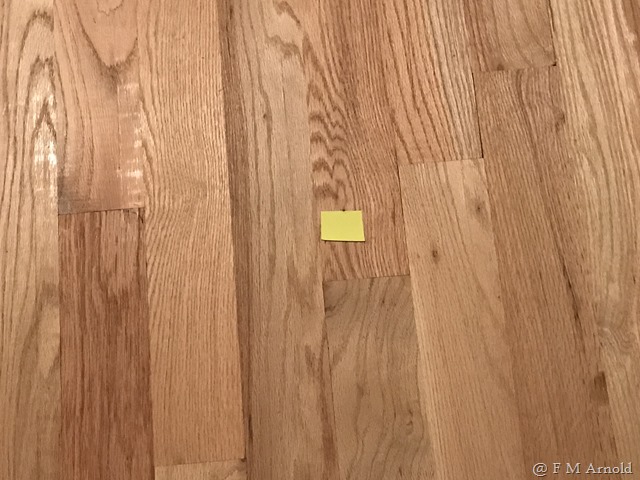 I think that we will miss it when it is gone!!

On Friday our builder called and said that they could come in on Monday and start the sanding process so the weekend was spent taping cupboards shut so that, hopefully, the massive amount of sawdust wont infiltrate the shelves and require even more cleaning.

He also told us that our house would not be available to live in for about 2 weeks so we had to make some plans about what to do in that time.   When we had first started the process, we were planning to spend two weeks in Arizona but it soon became apparent that he wouldn’t be able to give us enough notice to get that trip organized.  Instead, we decided to take a car trip and head to Washington DC.  Michael got onto AirBNB and found a great little apartment that was a 10 minute walk from the White House so we were ready to go!!

Because we already had a commitment for the Monday night, we decided to stay in a hotel in Athens.   It is a very weird feeling to be in a hotel in the city that you live in!!  When I logged onto the internet it said “EXPLORE ATHENS” and I thought “nope…..I’m good”.

The next weird feeling came when I was in the shower and realized that I had my lips tightly clamped together so that no water would get in my mouth.  This is something that we regularly do in foreign countries where the water is not safe to drink but it took a few minutes for me to realize that I COULD open my mouth without worrying about tiny animals infesting my stomach and making me want to die!!  The same thoughts go thru my mind when it is time to rinse my toothbrush.   We have spent so many months of our life using bottled water and I feel like I have messed up when I stick the toothbrush directly under the faucet!!

On Tuesday we had an appointment with Michael’s Oncologist in Atlanta and then left from there to start our drive to DC.  We spent the night just outside of Greensboro, NC and got up early on Wednesday to finish our trip.

Of course, the first order of business was finding Espresso for Michael and Google Maps provided the answer in the form of a funky coffee shop called “Demolition Coffee”.   When we first turned off of the highway and saw the industrial district he said “I hope this is a gentrified area” and it definitely was…… 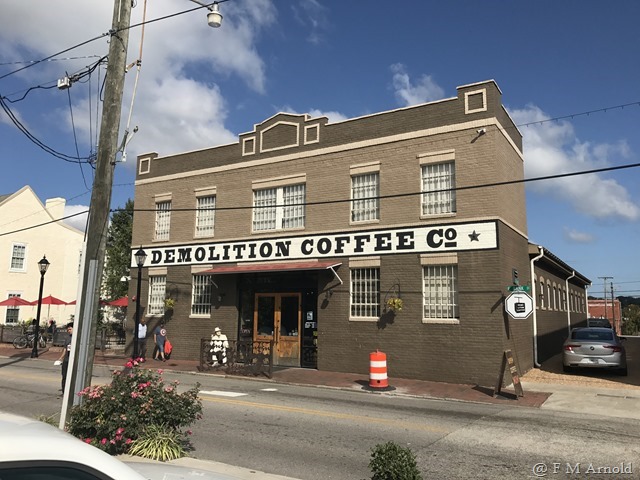 We were soon back on the road and had an easy drive into DC….at least it was easy for me as I was riding shotgun!!  Our only real missteps was in trying to get into the parking deck as it was on a one way street and naturally we were coming from the wrong direction!!

Our host is out of town this week but we were met by one of his friends and ushered into our home for the next week….. 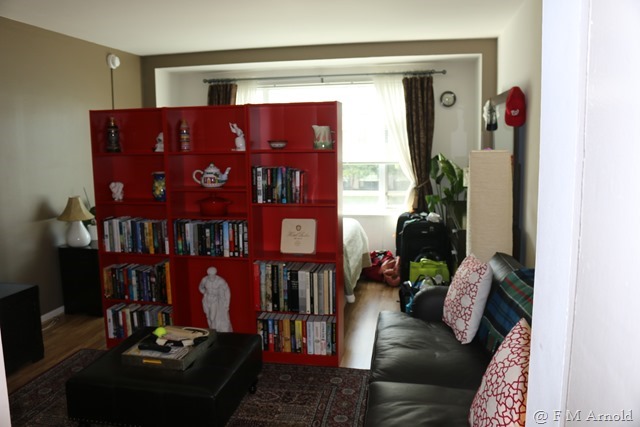 It is a TINY apartment….(yes that is the bed hiding behind the red shelves)  probably 600 square feet but it is on Capital Hill and we can easily walk wherever we want!!

After spending a few minutes getting organized we walked to a local “Whole Foods” store and bought a few goodies and then walked out to have an early dinner.  Our friend, Austin, had lived in DC for a while and had given us a list of restaurants that he approved and we decided to try one of these.  We again pulled up Google Maps on our phone and started walking to the Dupont Circle area and arrived at Zorbas Cafe about 10 minutes later….. 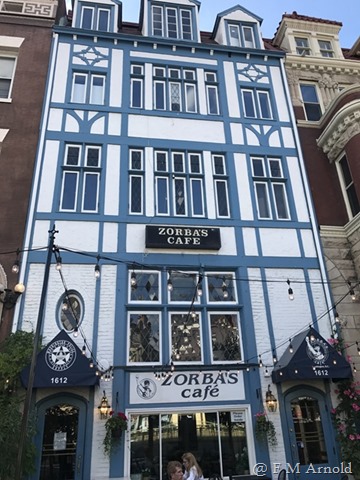 I LOVED the blue and white building.  Of course the first order of business was to grab a menu and send Austin an “aren’t you jealous” message….. 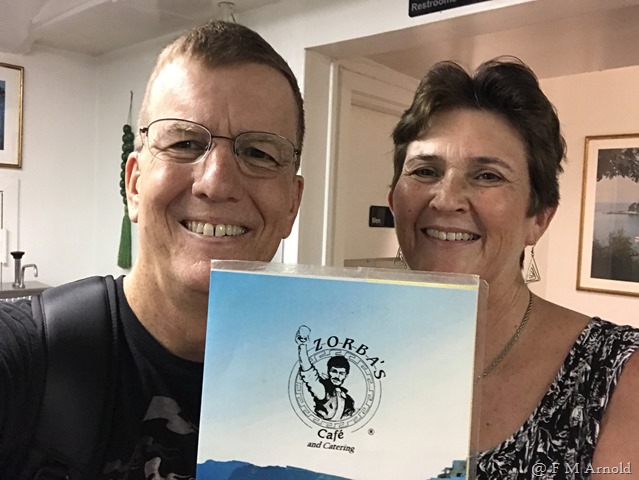 The food was magnificent and very reminiscent of our meals in Turkey, although I would never say that to someone from Greece!!!! 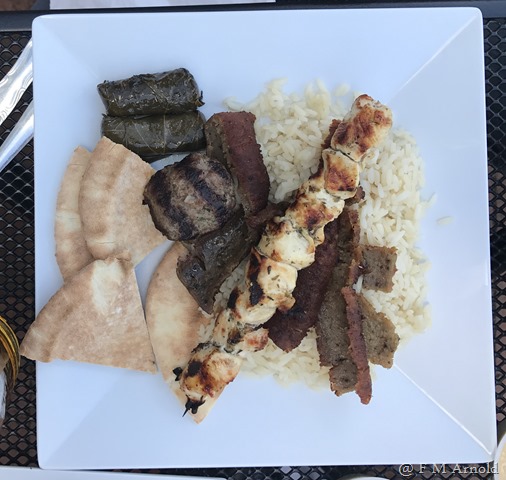 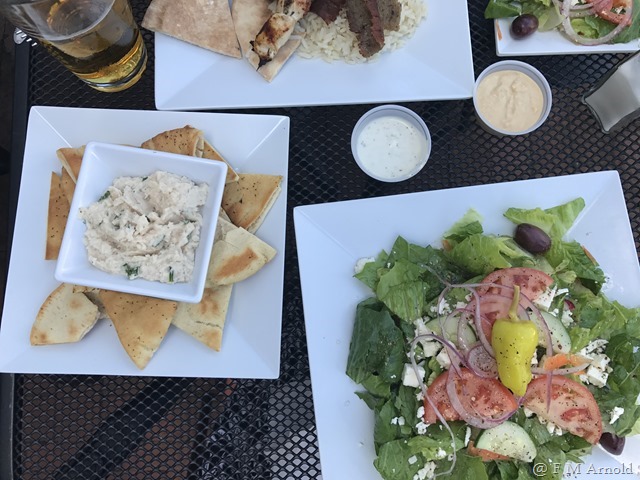 After dinner we took a stroll toward the Capital area and had our first ever look at the White House….. 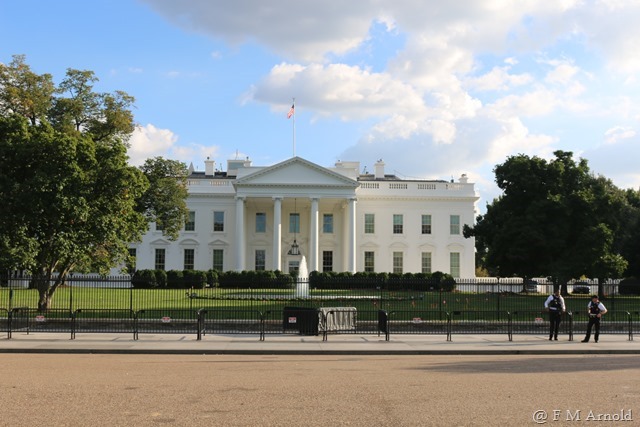 One final selfie for the day…… 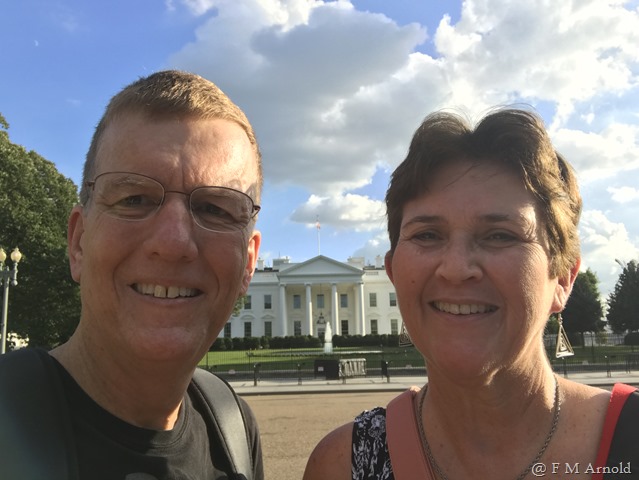 …..and we were home to relax and prepare for a fun day tomorrow!!