On Thursday morning we began our tour of the sights of DC, starting with the “Monument” end of the National Mall.  As we first approached the Vietnam Memorial, I was amazed to see that we were about the only ones there….

It was so moving to quietly walk among the 58,318 names etched into the dark stone walls. 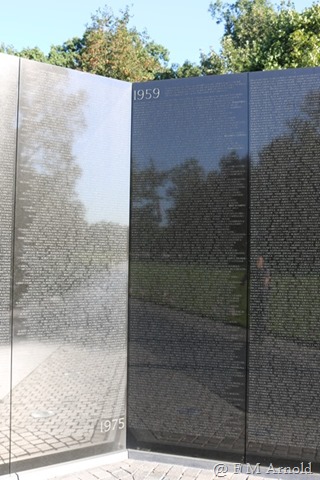 Each name had one of two symbols next to it.   An inscribed diamond meant that the body had been returned and a cross indicates that the person is still missing-in-action.   If a body is recovered, the cross is turned into a diamond.   If it is determined that one of the MIA’s is actually alive, a circle is inscribed around the cross, but to date, there have been none of these. 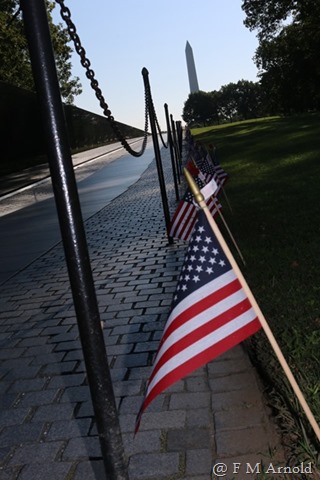 I think that this monument had the most meaning for Michael and I as we had lived thru this time period in history, although I have to admit that I had no idea that the conflict had actually started in 1959! 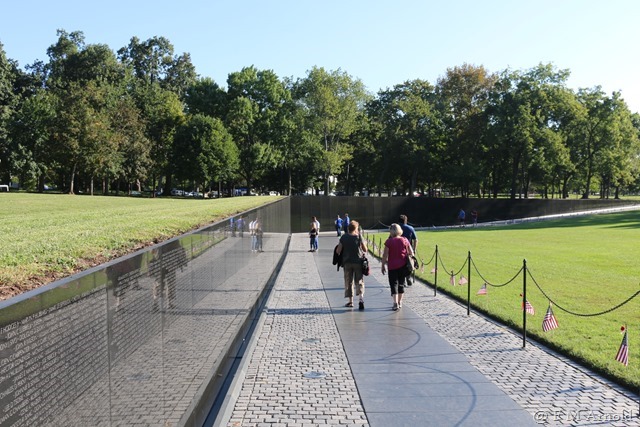 One final look and a short walk took us to “The Three Soliders”….. 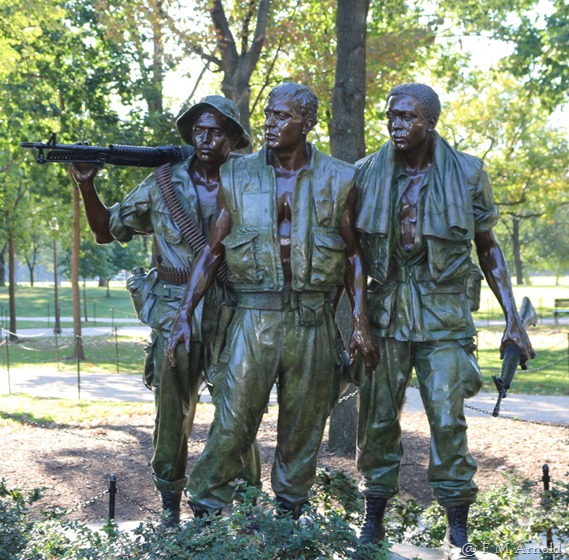 I loved looking at the monument from the back as well…. 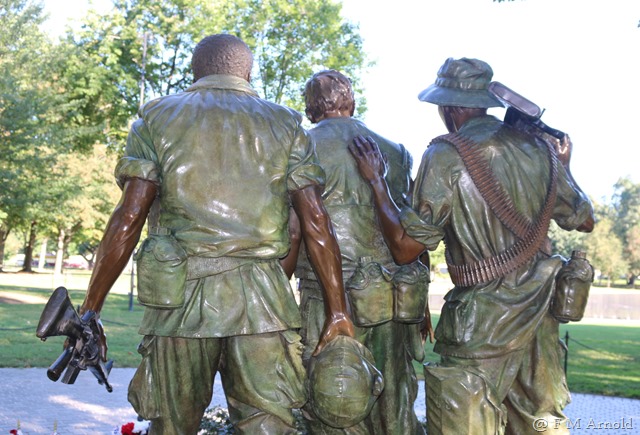 The next stop was the fabulous Lincoln Memorial…. 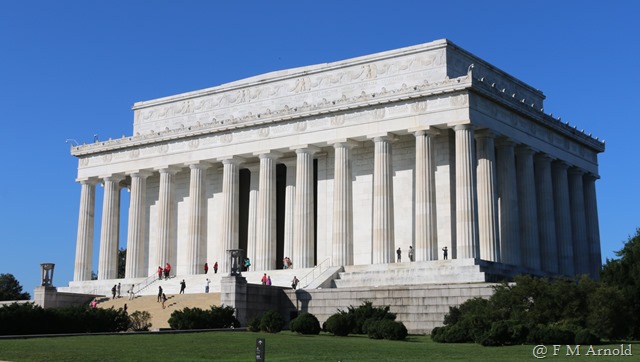 If you cant tell from this photo, it was a magnificent day….clear skies and warm (not hot)!!  The sculpture of Abe is wonderful….. 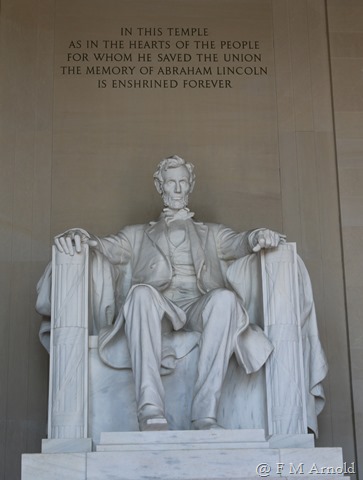 ….and I love the fact that he is looking out toward another beautiful view…. 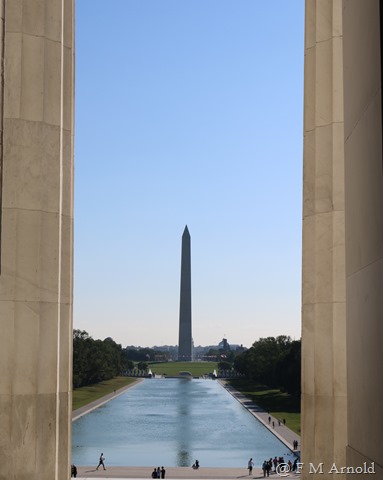 The walls on each side of Abe are inscribed with “The Gettysburg Address” and Lincoln’s Second Inaugural Address.  In a smaller chamber under the monument there were several of Lincoln’s quotes that seem apropos for today….. 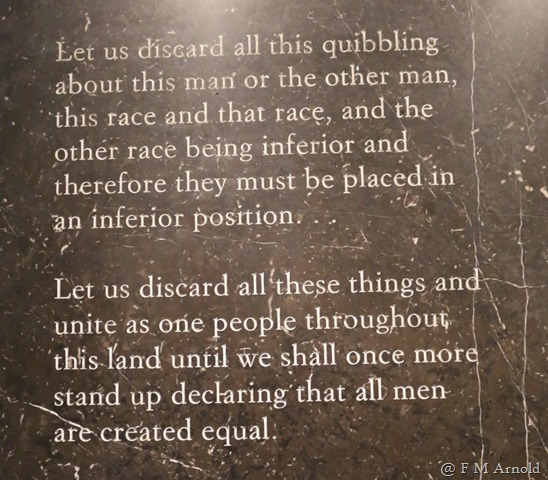 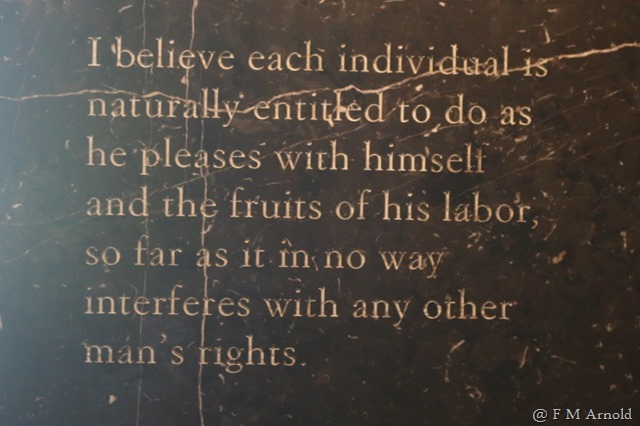 Our last act at this memorial was to sit on the steps and look out toward the Reflecting pool…. 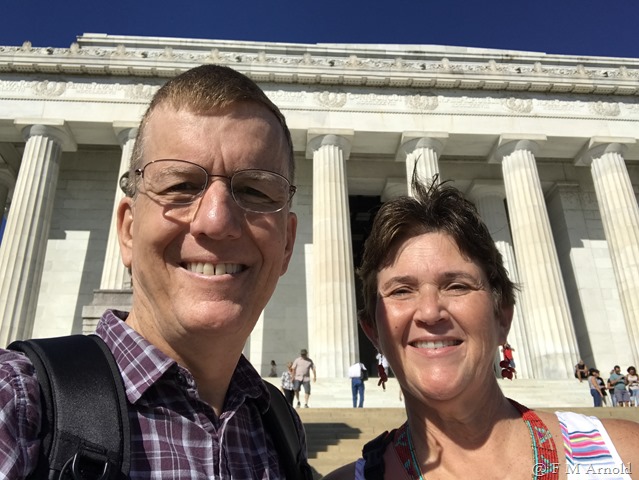 ….and to remember a favorite quote from the movie “In the Line of Fire”, when Clint Eastwood (who is a Secret Service agent) sits in the same spot, turns around to look at Lincoln and says “wish I could have been there for you Abe”.    With that, we moved on to the Korean War Memorial… 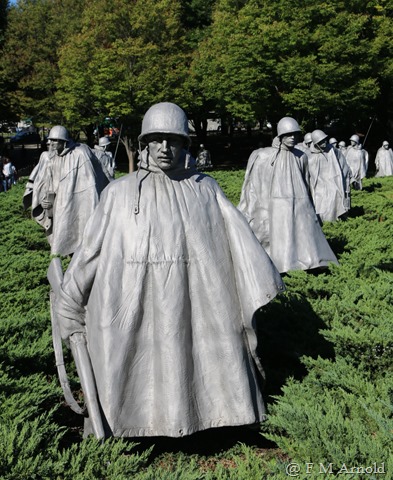 When Michael and I were here in 1996, this was the monument that I remembered best, although I hadn’t remembered the shrubbery that they were walking thru.  We laughed when we realized that was because the memorial had just been built back then and the shrubs hadn’t had time to grow yet.

The granite wall behind this monument was an amazing collage of faces and figures….. 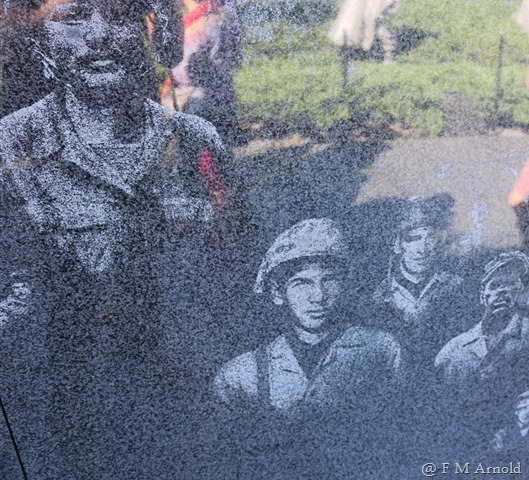 I particularly like Michael’s photo that shows the statues in the reflection of the wall…. 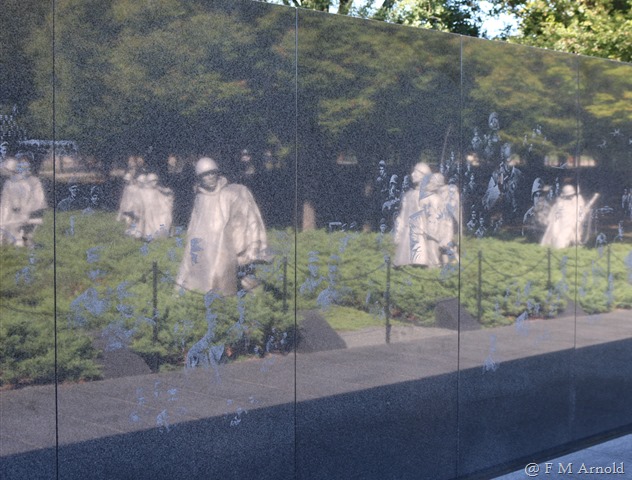 The most moving part of this monument was this wreath that had been left….. 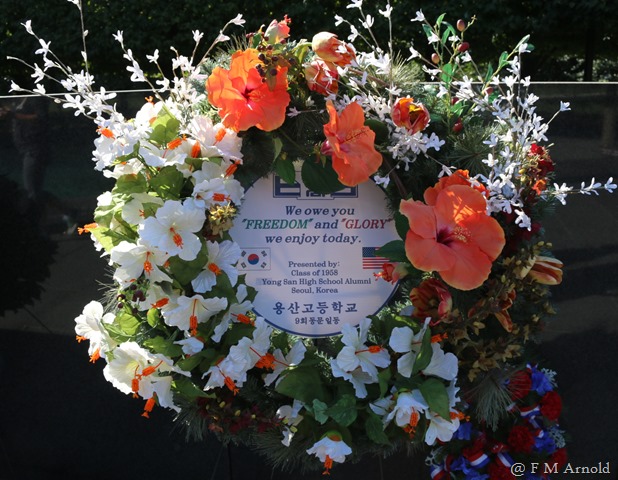 A bit further walk and we arrived at the World War II memorial…. 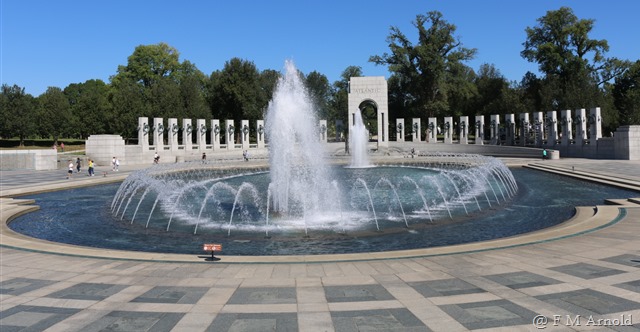 This was called “The Price of Freedom” and each star represents 100 Americans who were lost in WWII….4,049 stars in all….

As I saw this sculpture, I was reminded of my Dad’s service in WWII, as a Medic corpsman…..

We continued around the mall to the amazing Washington Monument which stands like a beacon…. 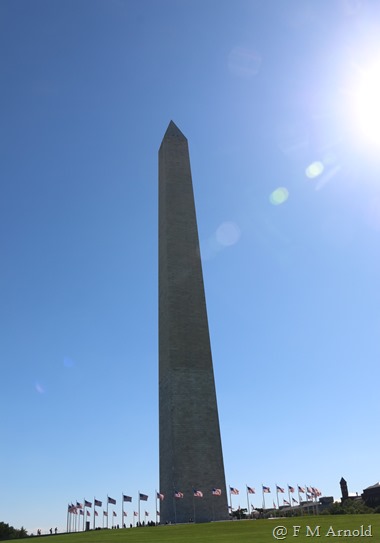 We spent some time standing in the shadow and playing with the sun….. 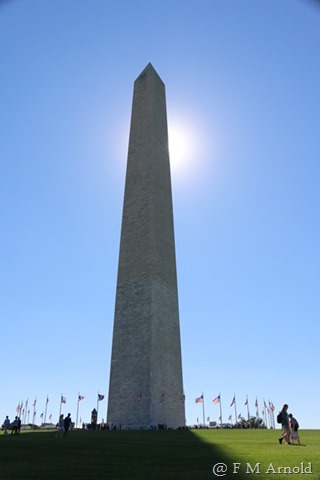 After a quick walk around a bit of the American History Museum we headed home for a late lunch…. 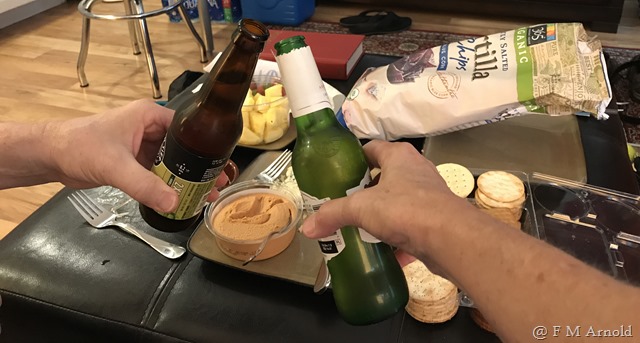 Even with everything that we had already done, the highlight of the day was a dinner at “The Capital Grille”, one of our favorite DC restaurants!!  We shared the small dining room with a fun couple who were visiting from El Paso.  You can imagine what it was like to have 4 Texans in the same room!!  Needless to say they didn’t seat anyone else in the room!!

Our meal was magnificent as expected, starting with Bacon wrapped Mozzarella, continuing with Caesar Salad, Steak with all the trimmings and ending with a Flourless Chocolate Torte….. 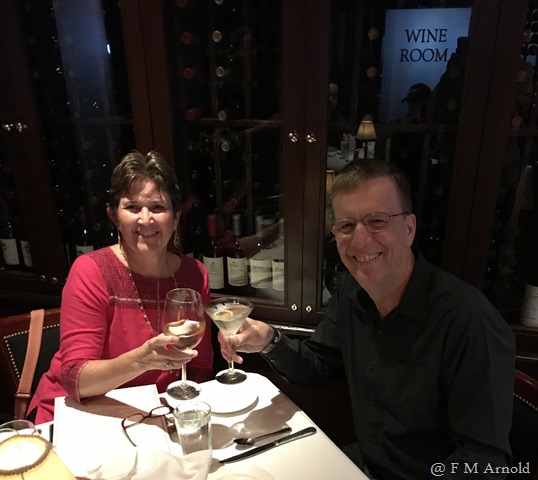 Afterward, we went for another walk, heading a few blocks down the street to the Capitol Building.  It is a glorious sight at night….. 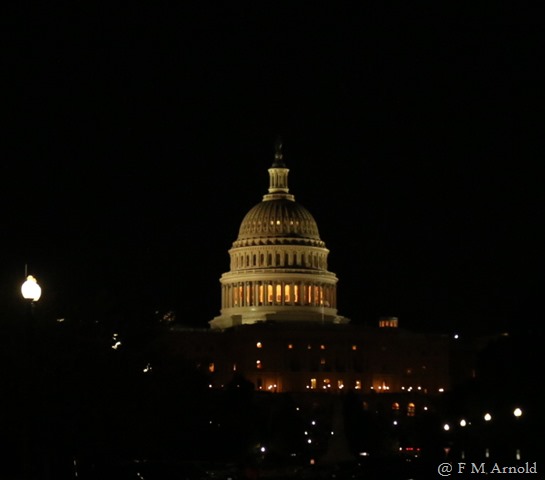 We finished the evening with a slow stroll down the National Mall, enjoying the quiet that was only broken by the cheers from the “Glow In The Dark” Soccer games taking place on the nearby grass, and one swarm of Segway riders out for a nighttime tour.

When we arrived at the Smithsonian Metro station we decided that we had walked far enough for one day and headed home to reminisce about our wonderful day!!

One thought on “Thursday in DC”