How to enjoy a Sunday in DC…..

One of the other events that I found on the “Things to do in DC” website was a Jazz Brunch at a Cajun restaurant called Acadiana.  When we saw that it was less than a mile away from the apartment, we made a decision that it was THE place to be on a Sunday morning, and we were not disappointed!!!

After a lovely walk thru the quiet streets of Washington, we arrived at the beautiful restaurant and were soon seated.  Our booth was situated between two large mirrors and I loved the optical illusion that I faced as we ate….. 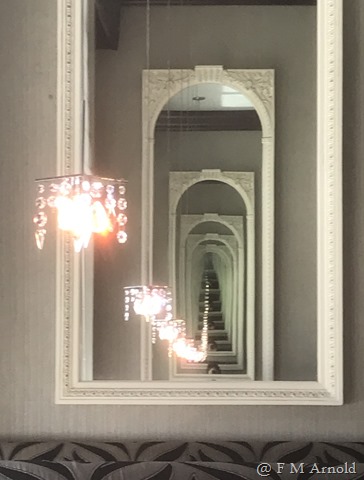 As the band set up we started perusing the menu, trying to decide which of the delicacies we would try.

But first we were encouraged to try one of the $5 cocktails!!   Michael opted for the Cajun Bloody Mary while I chose the “Bourbon Lemonade” which was made with muddled blackberries and homemade lemonade.    IT WAS FANTASTIC!!! 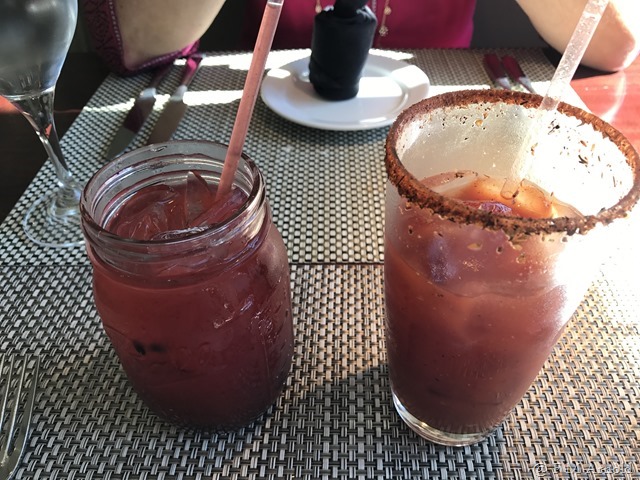 The menu was set up as a “fixed price” selection so you paid one price but got an appetizer, main course and dessert.  After much consideration I got the Fried Green Tomatoes with a shrimp and cocktail sauce topping….. 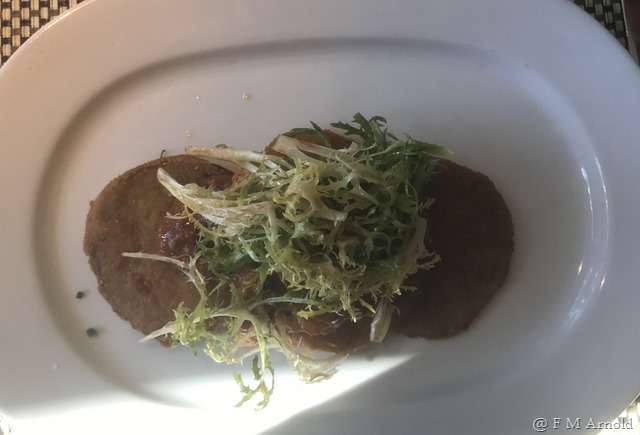 …and Michael enjoyed the Blue Cheese and Bacon salad….. 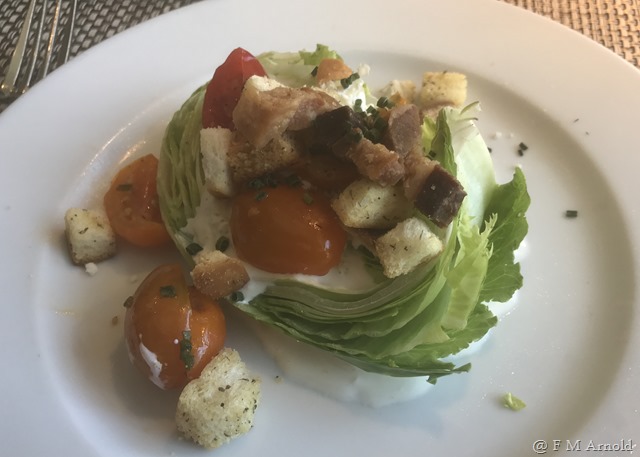 Next came the main courses of Jambalaya….. 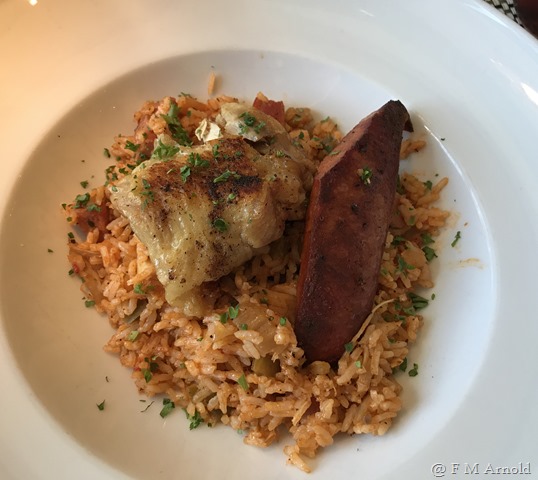 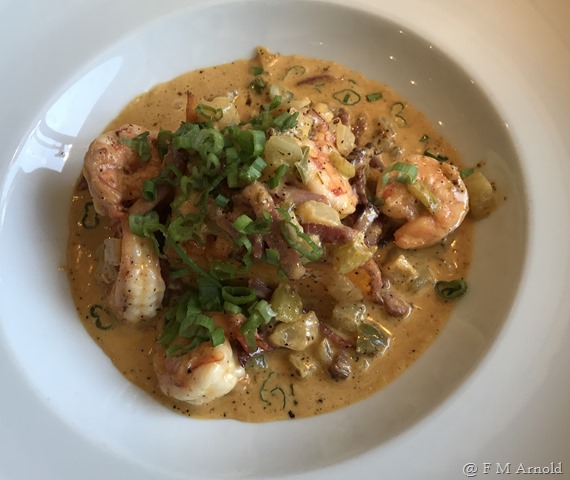 By this stage we were completely stuffed but we couldn’t leave without dessert….

….a Pecan torte for Michael….. 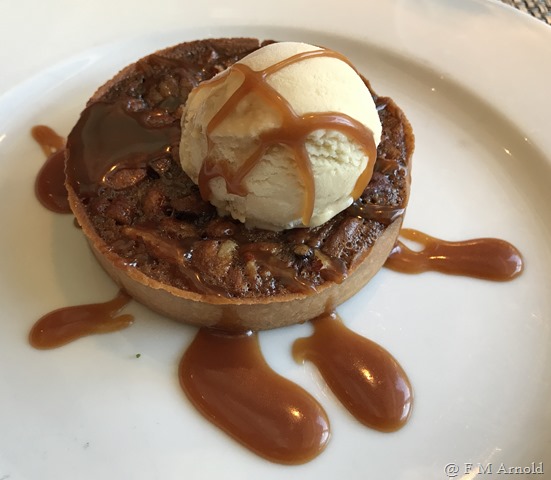 …. and “Chocolate Doberge Cake” for me…… 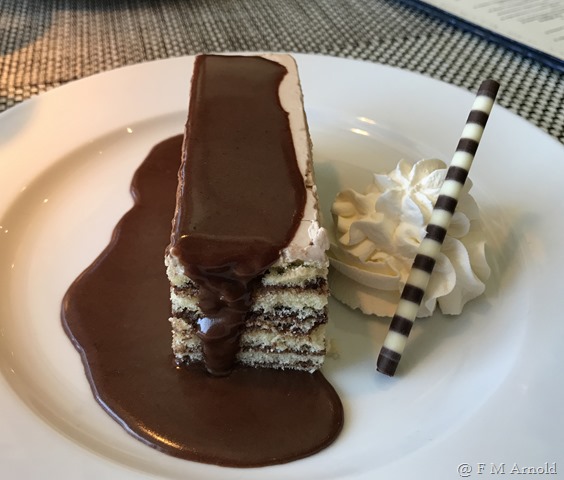 We rolled out of the restaurant and down the street to our apartment.  When we got there it was all that I could do to make it to the bed to crash out for about an hour….and remember that the bed is only 15 feet from the apartment door!!!   Oh yeah….the jazz band was great and was a fun background to the meal, but the food was DEFINITELY the highlight of the morning!!

Later in the day, after I had recovered from the food and alcohol of the morning, we caught the Metro and headed to the Jefferson Monument.  After disembarking at the “Smithsonian” terminal, we walk a bit and came to the Tidal Basin off of the Potomac River and loved our initial view of the monument….. 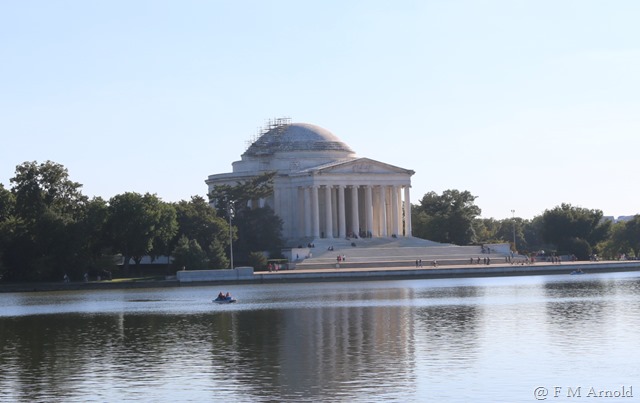 A few minutes of walking brought us to the monument itself, but first we had to stop and appreciate the Washington monument to one side of us….. 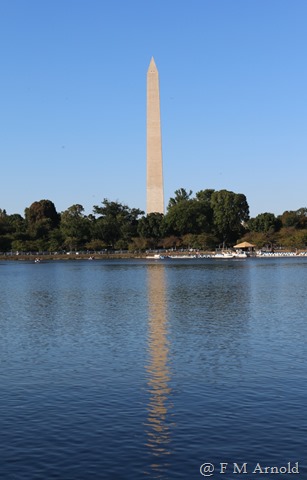 The monument itself is gorgeous and was obviously the place to be on this gorgeous Sunday afternoon….. 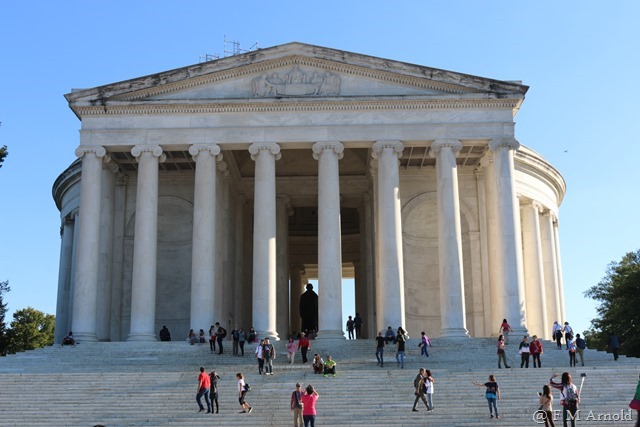 The statue itself was fairly plain….. 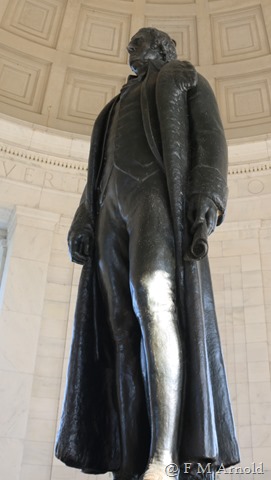 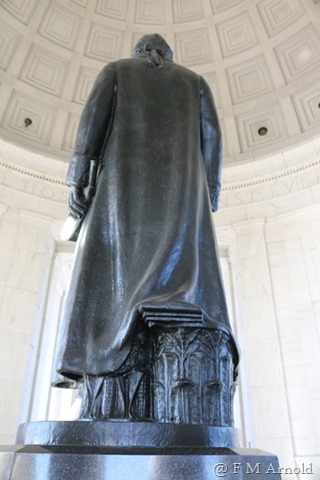 ….possibly a stand with some books sitting on it.   I have tried to find this on Google but haven’t had any luck so far.

I did enjoy looking at the dome structure and thinking how fun it would be to make a quilt in this sort of a design….. 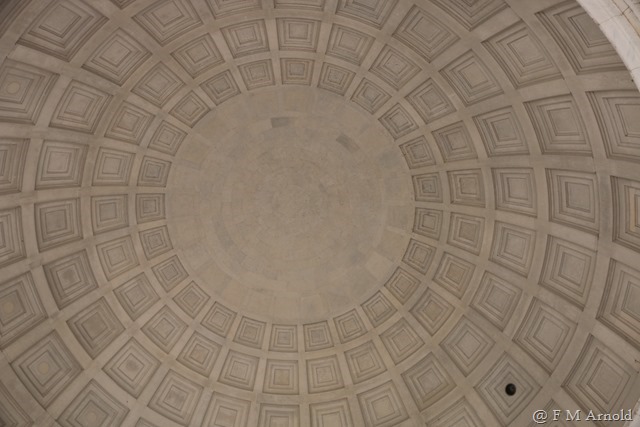 After one last walk around the monument….. 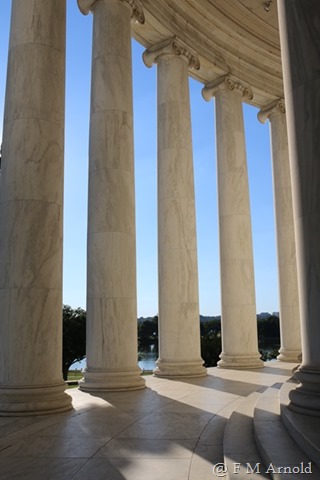 …..we walked the 2 miles back to the apartment, ending our Sunday in DC!!