Back in August (wow….4 months ago) I posted about starting a new quilt based on a tile church floor from Rome.   The last thing that I wrote was that I wasn’t happy with the background fabric and that I was going to start over.   I finally got around to it again and here is where we are now……. 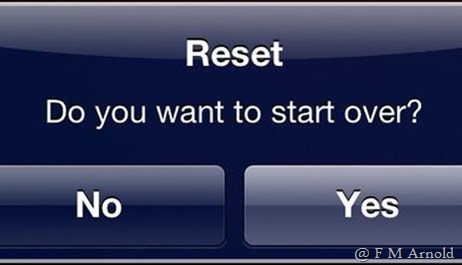 Now that is a loaded question.   I don’t WANT to start over but  I know that I will be happier with the project if I do, so reluctantly I chose the “yes” button!!

Since I had a chance to make it even better, I decided to start with the background fabric, this time using a PFD (Prepared For Dyeing) cotton and a new pot of paint….. 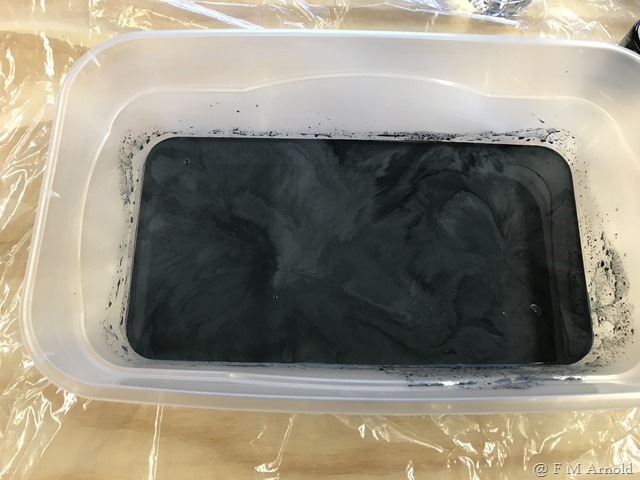 After it dried, there were a few whiter spaces that needed to be painted so I used a sponge and added more color.  This was the final product….. 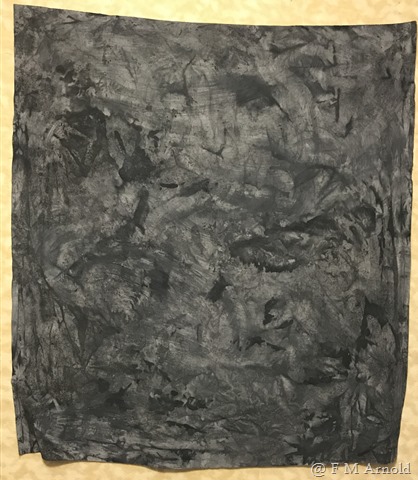 With the first version, I was using freezer paper patterns to lay out the quilt but had a fear that, since I hadn’t laid out the ENTIRE pattern, I would get to the last corner and it simply wouldn’t fit.  So I used this reset to do it right.   I drew out the entire pattern using white pencils and was pleased to see that it would fit well on the background….. 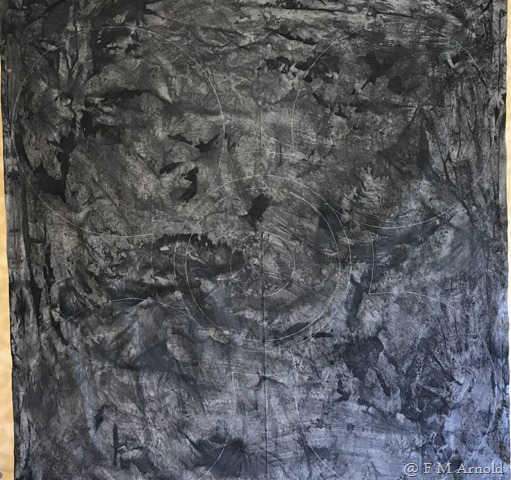 I started again with the center circle and then added the first corner piece….. My plan is to work the one round in each of the corners and then go back a fill in the rest of the sections.  So, here goes…….

I added the other three corner circles, fairly pleased with how it was looking….. 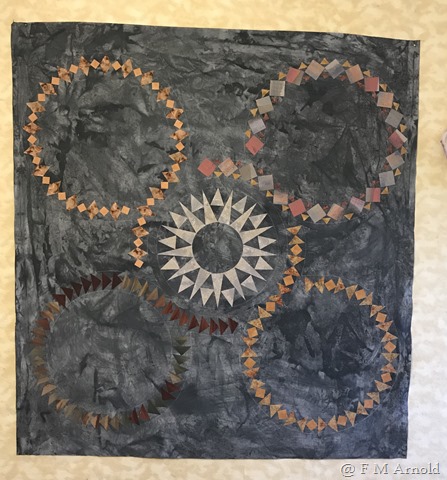 But, when I got it up on the wall I could see that the bottom left circle was too dark and would get lost in the background fabric.   I peeled off some of the darker fused triangles, replacing them with lighter colors.   I was happier with the result….. 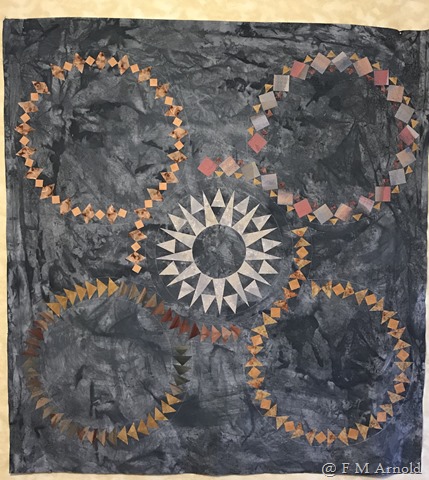 ….but it really started to look good when I added the first circles of “setting stones”….. 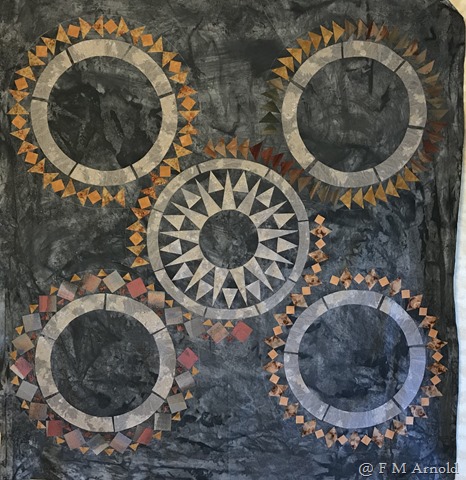 The bottom right circle is the same color as the others but apparently had more light from the nearby window!!!!

It was about here that I went to the Houston show and came back with my newfound desire to focus on the details of my work, so I made some decision which have slowed the project down a great deal but which I hope will help the overall design.  My original idea was to fuse all of the pieces onto the background, set it up for quilting and use the quilting to hold each of the pieces down.  But then I got to thinking that I really wanted to “tiles” to float on the background and for the background to recede.  If I quilted on TOP of the tiles then the edges would be receding too.   So the decision was made to stitch each of the tile pieces down first and then just do the quilting on the “grout” portion.  It has taken an amazing amount of time to stitch each of those little pieces down but I am still happy that I have made that change.

At one point I had thought about getting all of the pieces fused in place before I started the sewing process but had noticed that some of the smaller ones were starting to peel off so I stopped and sewed them all down.

During this sewing process I started noticing that some of the fabrics were already beginning to fray so I decided to prolong the project further by painting around EACH and EVERY piece with Fray Check.  Fortunately it was something that I could do at night while watching TV with Michael…… 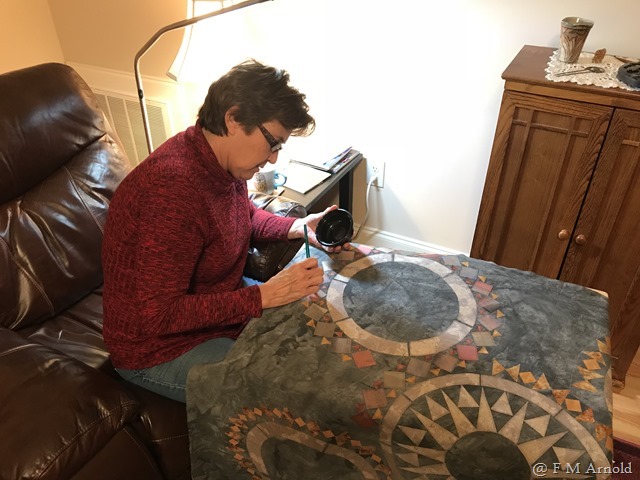 So now I have stabilized every piece that was already fused down and I am ready to tackle the inner circle of each of the larger circles.   I am going to make my life a bit easier and go ahead and paint fray check around each piece edge BEFORE it is fused to the top and I will also force myself to persevere and sew each section down as I finish it.

More to come….and hopefully it wont take another FOUR months!!