The morning started off rainy again but by 1:00 I was ready to “get out of Dodge”!!    I headed for the lake and decided to walk around the outside of the lake, stopping to take lots and lots of pictures…… 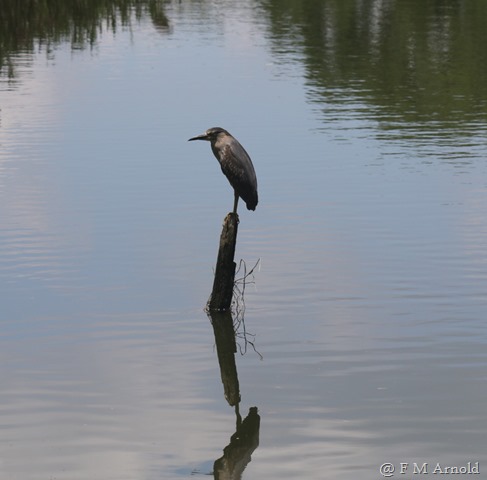 I could hear various people singing from the island in the center of the lake, including one VERY screechy woman and one gentleman with a magnificent operatic voice!!  As I walked further, I could hear a single wooden flute playing Frere Jacques……so much diversity!!

One thing that has changed in the last 8 years since we have been coming to Kunming is the proliferation of Starbucks.  They seem to be everywhere now.  I remember that we walked all over this area trying to find a place with good coffee and now the hotel has it’s own Espresso machine!!

As I walked thru the lake area, I had a magnificent time playing with the telephoto lens at the gorgeous Lotus pool….. 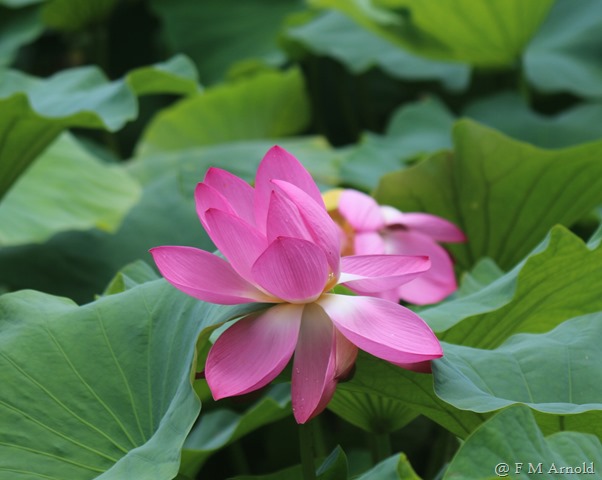 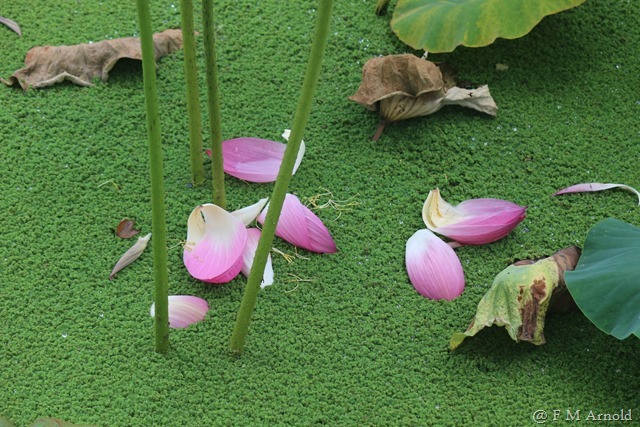 This gentleman was running a game….. 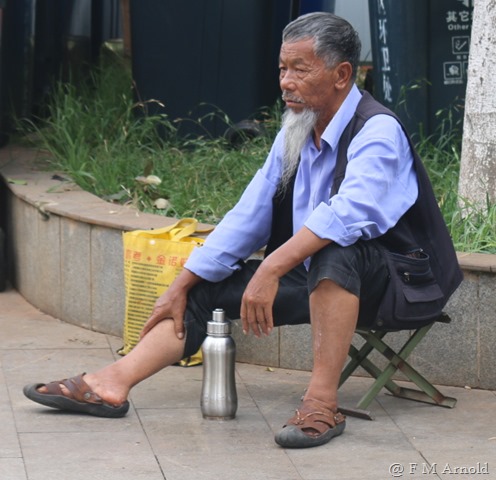 …that used a pyramid of cans and a ball….. 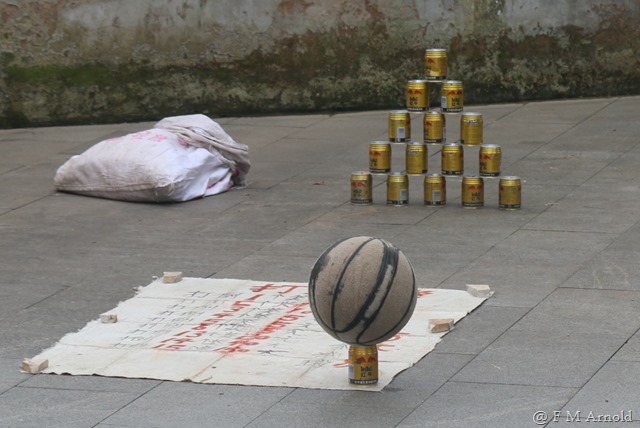 I wanted to head to an area around the lake that I had enjoyed in previous years but unfortunately that area was closed for some major construction.   If it is like the rest of Kunming, they have torn down the old buildings to put up fancy new ones that will, unfortunately, deteriorate rapidly.

So I had reached the other side of the lake and wasn’t ready to head home yet so decided to just start walking down the bordering street.  I realized again how freeing it is to go out with Google Maps on my side.    I don’t have to concentrate as much on where I am going and can just enjoy the views.

I came to a park entrance with a long set of stairs leading up to a large house and decided to see what it was.  Besides, climbing steps aren’t a problem…..I’ve got a brand new knee to do it with!!!

The funniest thing about this entrance was watching a man photograph his wife (I presume) as she stood in front of the entrance.   He kept shooing other people away so that they were not in his frame and kept stepping further and further back and into traffic.  I was amazed that he didn’t get run over by one of the motorbikes.

This gentleman was sweeping all of the leaves and petals that had fallen onto the sidewalk.  I laughed as he took his broom and beat the underside of the flowering shrub to knock off even more of the flowers!! 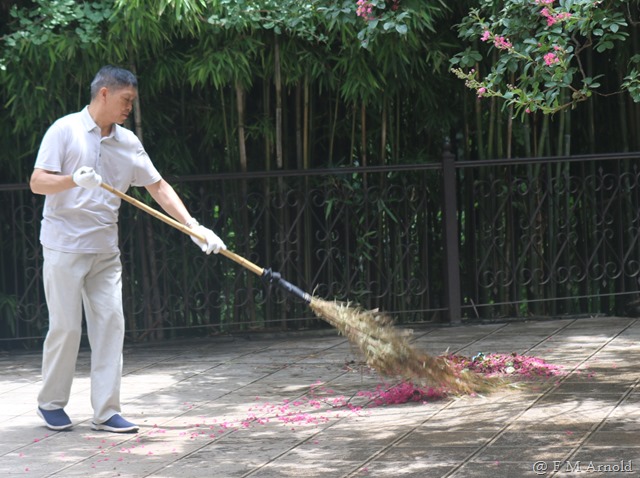 I had two cute “hello, how are you” interactions.   The first were two girls, maybe 13 years old, who were walking toward me and I could tell by their body language that they were debating whether or not to talk to me.  So, I decided to put them out of their misery and initiate the conversation myself.  When I said “Hello” there were instant smiles, and a big “Hello” back.   I extend the conversation by asking “How are you?” and they responded with the classic “Fine, thank you”.   So, the pleasantries had been observed and it was okay to move on!!

Then, about 5 minutes later, I saw three older women walking toward me and one turned to the other and I heard her say a tentative “Hello”, as if asking her friend if that was right.  Once again, I jumped in first and said hello to them.  More big smiles and enthusiastic “Hello’s” were returned. 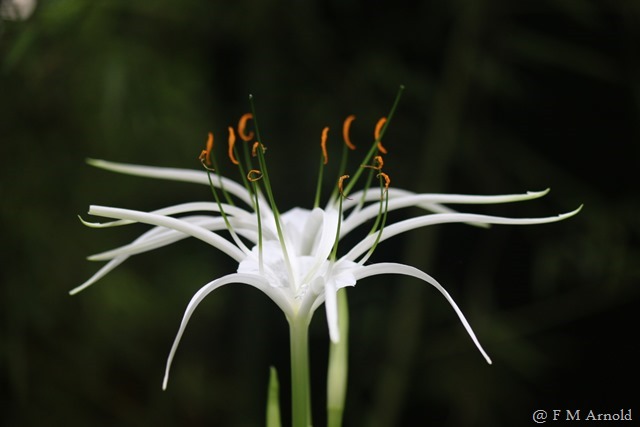 It was up fairly high and I was again thankful for the telephoto lens!!!

The Chinese people love to take photos of themselves and honestly look quizzically at me when I am only taking scenery photos.  I saw three fun examples in just a few minutes.   The first one looked a bit dangerous as this young woman tries to recreate the classic Titanic pose without having Jack to hold onto her….. 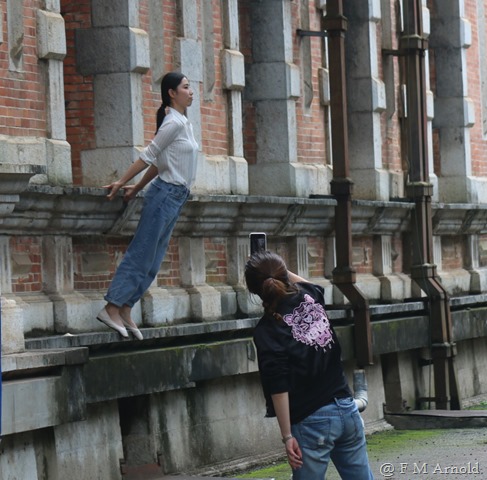 …..or maybe she is a Gargoyle in training!!

This young woman meticulously set her camera so that she could sit on the steps and take photos of herself….. 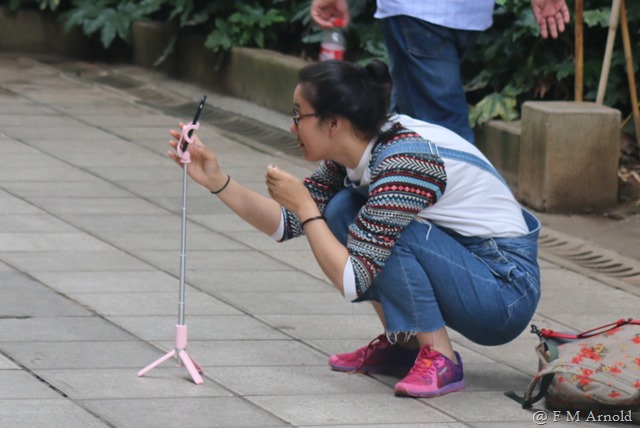 But my favorite for the day were these two young women posing in front of of a traffic mirror.   They were making faces, laughing and having a wonderful time.   And, if they look closely at their photo, they will see an American’s feet in there as well…… 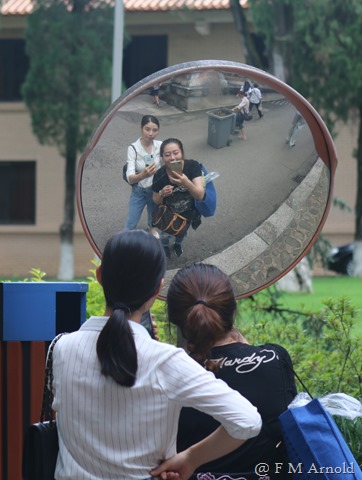 I walked a bit further and heard noises that sounded like a Taekwondo class so I eagerly looked for the sounds source.   Instead of a class, I found a group of teens who were apparently practicing for a play or some performance….. 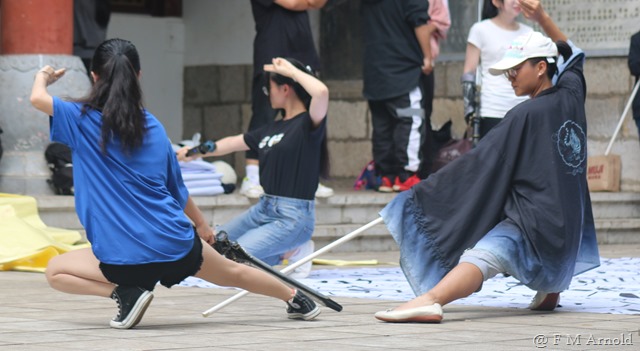 As I continued walking, I kept wondering exactly what this place was since there were lots of large building and beautiful green areas.  It was then that I had a thought that it might be the old Yunnan University campus.    We had been told that the campus had moved about 40 kilometers away, meaning that the old campus would be vacant.   About 30 seconds after I had this epiphany, I saw this sign that confirmed my thoughts…..

Most of the buildings were deserted although there were still a few signs of life….. 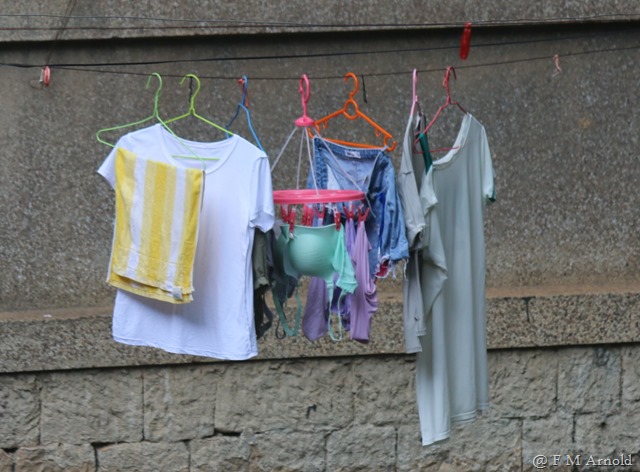 I do wonder exactly what will become of the campus, although right now it seems to be a fun family hangout!!!

By this stage, I really didn’t know exactly where I was although I had a basic idea of which way I needed to go.  I fired up my map and did a quick check to see if I was right and then just kept on walking.   I reached a street that had office supplies, copier services and other business supplies.   I entered one of the craft stores and ended up buying some fabric paints.   It will be interesting to give them a try when I get home!!

About this time, gigantic drops of rain started splatting down on the sidewalk so I quickened my step to get back faster.   Fortunately, about the time that I got my camera put up and my umbrella out, the rain stopped and I stayed dry after all.

I passed on interesting screen in front of a doorway….. 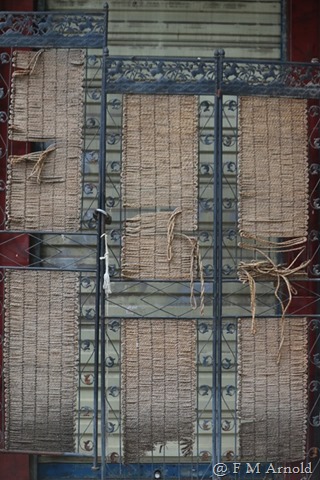 And, before I knew it, I was back a Salvadores and knew exactly how to reach my hotel oasis!!

One other thing that we have noticed on this trip is that there are kids, especially toddlers, EVERYWHERE!!   In 2010, we commented that we didn’t see many children but it is obvious that the government’s relaxing of the “one-child” policy is working the way they planned.   Now, there will be a new generation of  young people to move into the work force as the older generation retires.  By the way, China has a mandatory retirement age of 60 for men and 55 for women!!

And, I leave you with this liability insurance nightmare from one of the sidewalks by the hotel….. 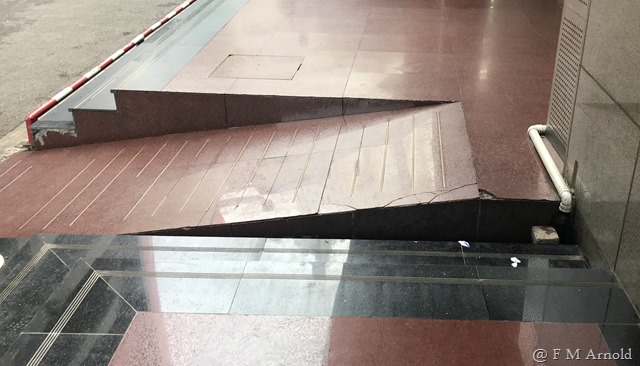