On Wednesday it managed to rain for the entire day so we mostly holed up in the hotel and worked in the club room.   Michael left at 1:00 to teach his class and I stayed at my table.   By 4:00, I was going crazy so decided to grab my umbrella and go out for a bit.

When we had walked to dinner on the first night, Wen had pointed to a building and said that there was a Silk Clothing exhibition there.   I thought that sounded interesting, but was also disappointed because there used to be a fun market in that building.   I entered the “Silk Clothing Exhibition” to find that it was actually the market so I was happy to be there!!

It is an interesting market as it is a rabbit warren with stalls every where and with people selling all sorts of wares.  It was fun to watch the women  trying on all the dresses and jackets and shirts and each ooing and ahing over how they looked.  Several of the stalls had a heavy curtain that the workers would hold up so that the person could put on the clothing in privacy.  Most of the clothing stalls had steamers in the back where they would take the items out of the cellophane packages that they were wrapped in, steam the wrinkles out and then hang them on the wall for display.

The big seller for the day appeared to be some  tight scarves that would go around your neck.  The booth was packed!!!

There were stall after stall of herbs and spices, flowers and seasonings for tea, and soy bean products galore.  These were my favorites to explore…… Several had peanut grinders and you could dip out your own peanut butter.  I watched as one woman used a toothpick to dip out a taste….. 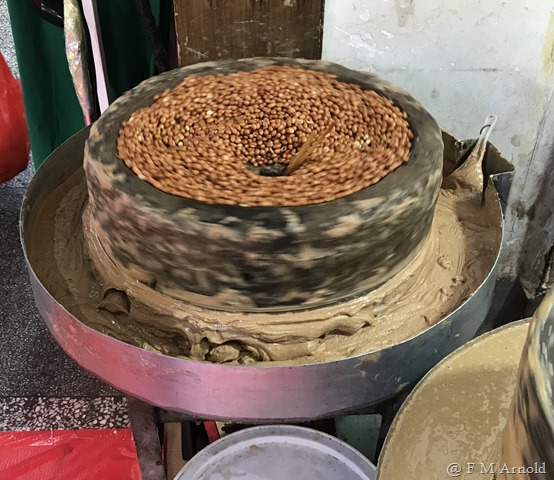 I’m not sure what the orange hairy thing is……. 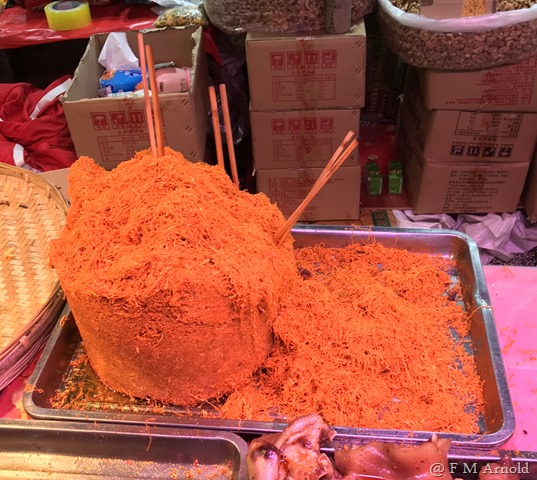 The smells were amazing, a wonderful cacophony of herbs and spices. 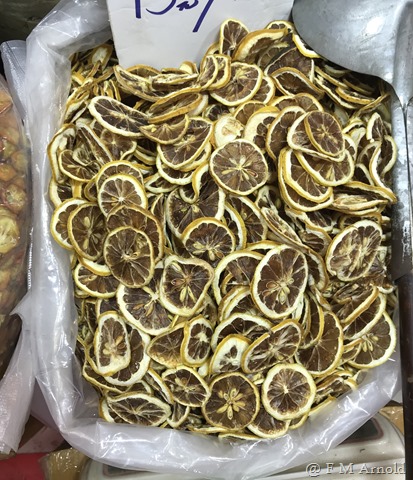 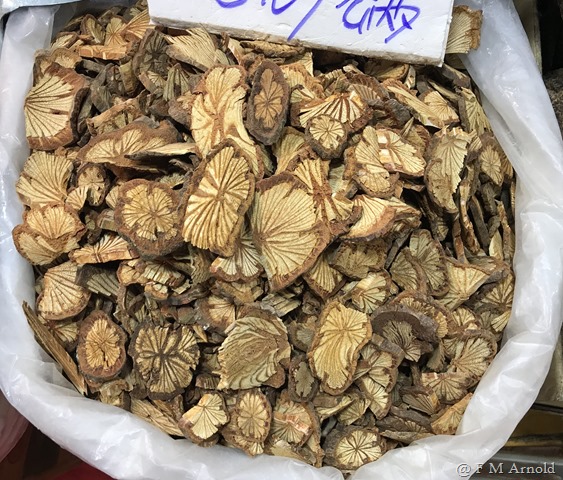 It looks a feels like wood chips but I am betting that it is some type of mushroom.

This basket was also interesting, and again, I have NO idea what it is….. 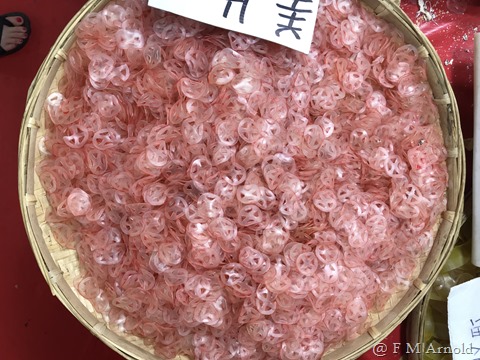 This young boy laughed at me taking photos of the stalls so I turned the camera on him.   He smiled but then ran away and the stall-keeper had a good laugh….. 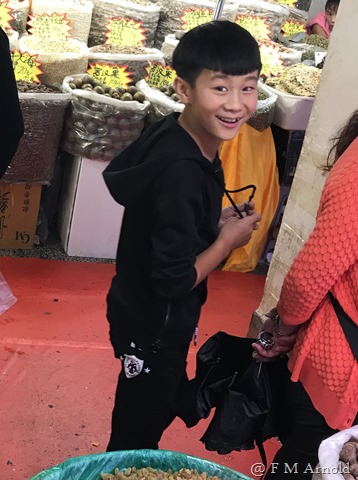 And, one last thing that I have no idea about, but it sure is colorful….. 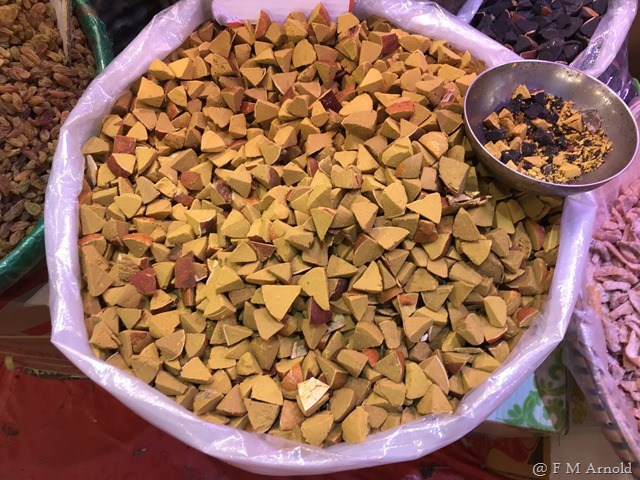 Many of the stalls looked so much alike that it was hard to tell where I had been and I circled back MANY times.

When I first entered, I noticed a jacket that I really liked and the woman stall-keeper encouraged me to try it on.   I liked it but wanted to see everything first so I didn’t buy it then.  At the end, when I finally found the stall again, she immediately picked up the jacket and encouraged me to put it on again.   Two women watched as I did this and proceed to excitedly tell me that I looked wonderful….at least I HOPE that is what they were saying!!!

About 4:55, one person put a cover over the shop entrance and all of the others quickly followed suit…… 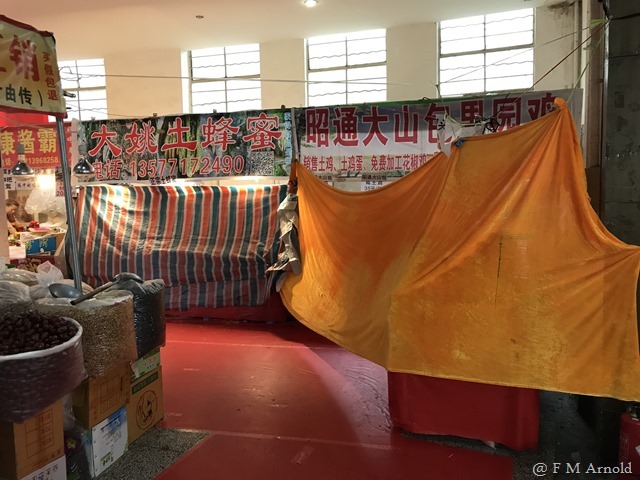 The message was clear….we are finished here.  It is time to go home…..and so it was!!!

One thought on “Rainy Day Market”

Photographing quilts in the outdoors was a new experience but one that I would highly suggest trying!!! Link in bio⁣
Follow my blog with Bloglovin