I needed another Q&E (Quick and EASY) gift so found a flower pattern and, in a very short time, had this sweet gift ready to go……

These may get to be addictive!!!

This past week I needed a couple of quick gifts and decided that little quilts were the way to go!!

I have used this technique in the past and found it to be a sweet way to make something special for someone special!!

I don’t have photos of the process, but I simply use Wonder-under to fuse the design to the background fabric and then use black thread to quilt/outline the shapes and also add some additional details.

In all honesty, they took longer to bind than they did to make!!!

I hope that they bring joy to their recipients!!

Back in 2010 our guild proposed a challenge called “I’m So Blue”. It had to include the color blue and also have some form of fabric embellishment.

Unusually for me, I had my idea MONTHS before the due date, and it came from the British Sit-Com, “As time Goes By”. In that show there is a picture on the wall that has a dresser with a single flower in a vase and I had always been drawn to it.

I started out by pulling blue scraps and placing them around a piece of lightweight fusible interfacing…..

I did my usual internet research and came up with an interesting looking chest to use…..

….and also found this flower design…..

I added a vase and flipped the flower to one side….

After everything was cut out and fused down, it was time to add the embellishment. I wanted the chest to have an antique look so decided to sponge paint a bit of color…..

Since I was playing with paint, I also added a bit of stenciling (you can see it at the top of the above photo).

After adding a border and a few more details, I declared that “As Blue Goes By” was finished…..

But this was not the end to the “I’m So Blue” challenge…..come back tomorrow for the next entry!!!

What do you do when you have four projects in progress and a good friend has a birthday… You start a new project for her.  My friend, Katie and I ALMOST share a birthday!!   Her’s is June 15th and mine is June 16th.  Now the fact that we are separated by about 25 years doesn’t come into play in this story!!

Last Saturday morning I decided that I wanted to make something to give Katie and I knew exactly what it would be.  She and I had discussed the fact that we have several of the same bird “statues” that we decorate with.   Years ago I had made two small bird quilts to use in my spring decorating so I decided to make another one of these for my dear friend.

I grabbed a fabric that was already on my cutting table from another project to use for the background….. 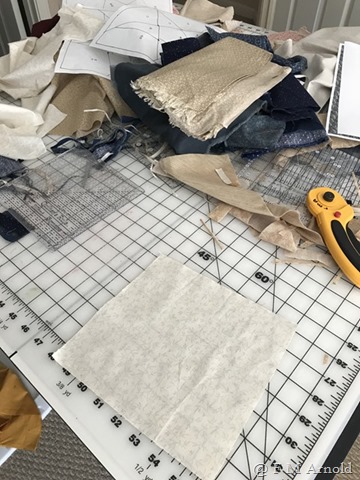 Within 30 minutes I had it put together and ready to start quilting. I love the fact that it doesn’t look like much at this stage….. 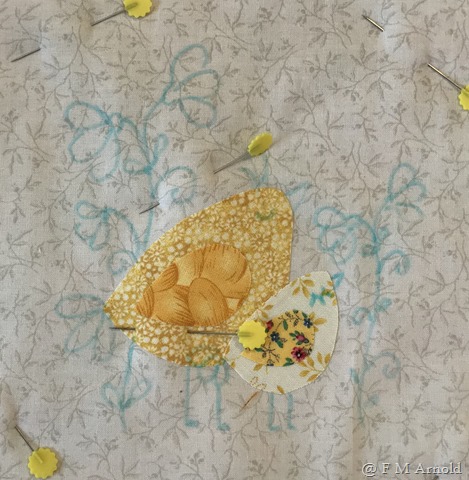 …..but once you start adding the quilting lines it just comes to life…… 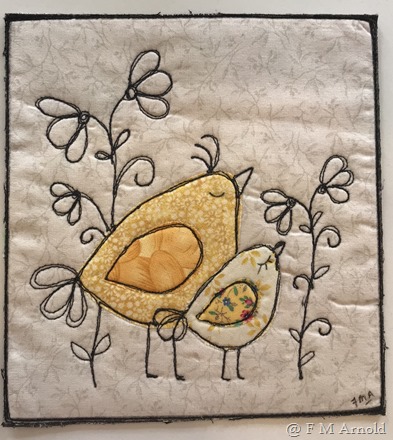 It was a great start to my birthday!!

That afternoon we met our kids at a Korean BBQ restaurant in Atlanta and had a fun two hours cooking meat and eating, eating, eating!! 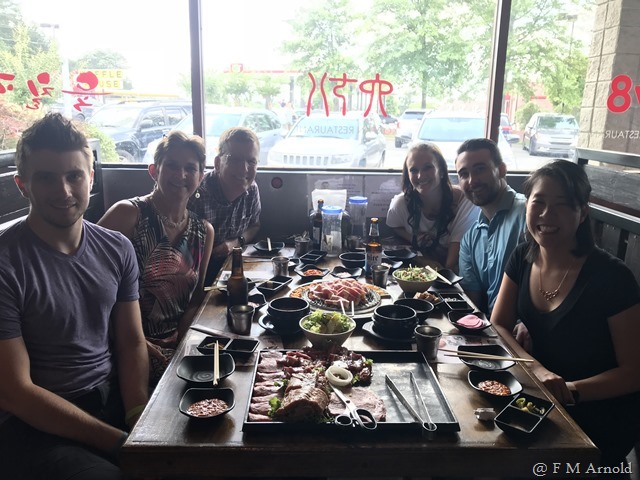 While we were out, we also stopped by Tandy Leather and I purchased two pieces that I can use to trying out the “Quilting on Leather” technique that I learned at the Houston show last November…… 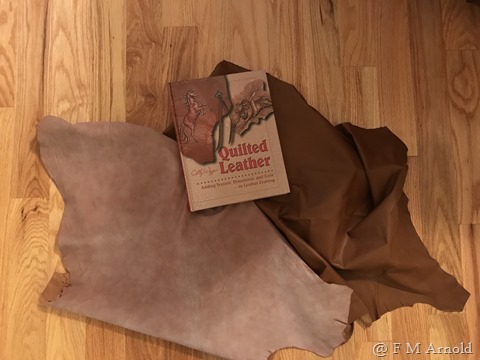 The day ended with a Dairy Queen Blizzard….. 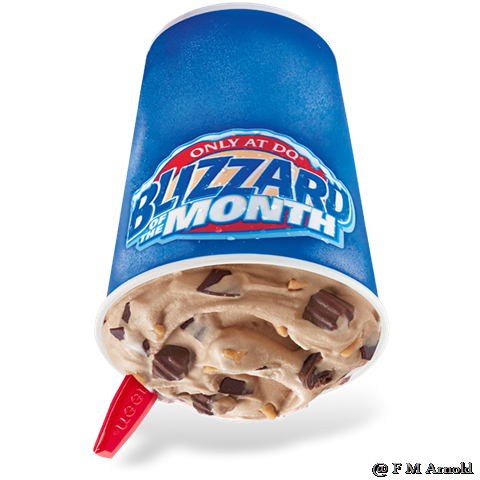 Back in 2005, we took a family vacation to Paris and took this photo of our daughter Jenny…..

I used this as the pattern and made this quilt……

I had never been entirely happy with Jenny’s body and couldn’t figure out why.  I hung the quilt on our stairs back in January and after looking at it for a couple of weeks realized that the problem was that there was no shading on her legs or arms.

So, one quiet Sunday back in February I took the quilt off the wall and pulled out some fabric paints and decided to try fixing the shading.

It did NOT work!!!  Having said that, I was ok with the shading on her legs.  So I put it aside and decided to leave it for another day.

Since I have had some unexpected time on my hands, I made this my first project.

I couldn’t find the right shades of fabric so I ended up taking one fabric and painting it to make several different shades.  I then cut out the shapes and fused them into place, adding a bit of quilting to hold it together.

It is still not exactly what I was wanting, but I do think that it is a lot better than it used to be!!!

Now to find another project……